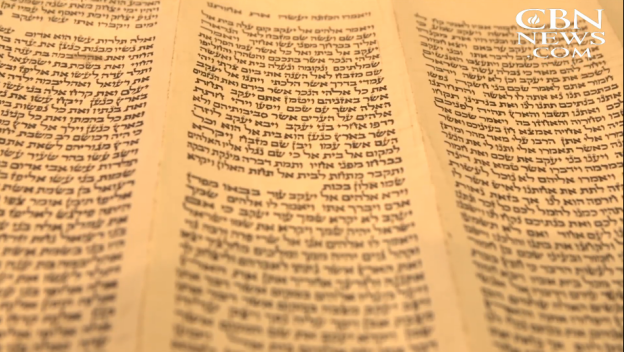 Ancient Hebrew Scroll Given to Regent Univ. a ‘Magnificent Gift’

03-17-2016
CBN News Charlene Aaron
A special day of celebration surrounded the donation of an ancient Hebrew Torah scroll to Regent University.
The Torah, also known as the law, is the first five books of the Old Testament.
“This scroll was copied or written in 1750 before the establishment of the United States of America, before the constitution, and we will treasure this, it is a magnificient gift,” said the school’s chancellor Dr. Pat Robertson. “We thank you for your dedication; we thank you for your commitment.” 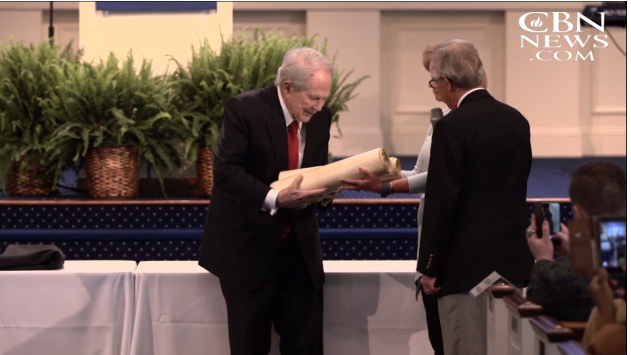 The Torah scroll has survived some of the darkest periods of human history and it serves as a powerful testament to God’s faithfulness and the enduring power of His Word.

“It’s a scroll that’s roughly about 265 years old and it comes to us from that area Yemen where of course the king of Sheba came from and it was a time period where Jews were severely persecuted that kind of run for their lives and they brought these Torah scrolls with them.”

The condition of the scroll demonstrates the meticulous care and commitment to the biblical text. Members of the local Jewish community attended the dedication service, calling it a bridge between the Jewish and Christian communities.

“We have a common goal both to continue the Judeo-Christian teachings, but also to support Israel and how critical it is for the both of us,” said Jay Klebanoff,president-elect of the United Jewish Federation of Tidewater (UJFT).
“Today really brought that together and gave it so much meaning that we could both share in appreciation of the Torah and now it’s going to be at Regent – it’s just fantastic.”

Ken and Barbara Larson, who donated the scroll, have also gifted Torahs to several other institutions. They hope it will encourage students to develop a deeper appreciation for God’s word. 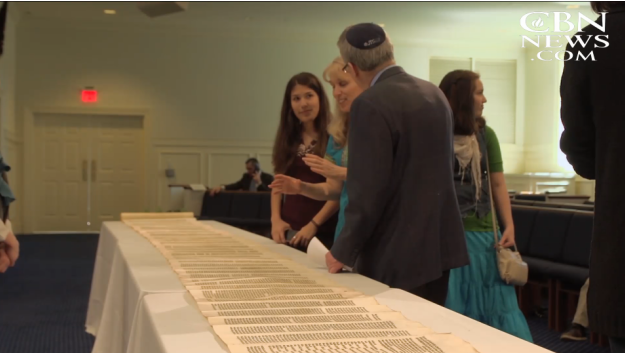 “When you come to grips with how God brought this Torah here, our hope would be that the students would have that kind of appreciation for what He’s done to keep His word accurate, relevant, so we can all learn and grow,” said Ken.

“I think long after we’re gone, long after you’re gone, the Word of God will live forever and in a Torah that’s several hundred years old (and) will still continue to live and speak and many students will be able to gain from it,” Barbara added.

“We’ve made the committment that the Word of God is the foundation for absolutely everything we do,” said Bekker.

“It’s at the center of our education. It’s at the center of the formation of our students and to receive this ancient Torah scroll that students can look at and they can handle and in some instances even touch enforces, solidifies this committment that we’ve made to the Word of God.”
Love For His People, Inc. founded in 2010 by Steve & Laurie Martin. Charlotte, NC USA