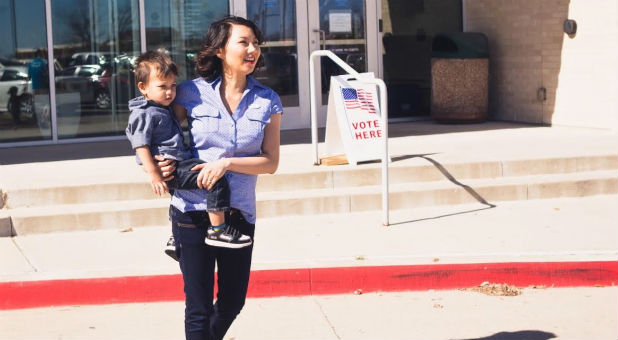 Lisa Smiley is a mother of four precious children, including one now with his Creator in heaven. She earned a bachelor’s degree in philosophy from the University of California-Irvine. Lisa blogs at LisaSmiley.com as well as for Bound4LIFE International, a grassroots movement to pray for the ending of abortion, carry the spirit of adoption, and believe for revival and reformation. Together with her husband, James, they raise their family in the Dallas area.
The views of the author are her individual opinions and not necessarily those of Bound4LIFE International, which takes no official position for or against individual candidates.
Reprinted with permission from Bound4LIFE.
For a limited time, we are extending our celebration of the 40th anniversary of Charisma. As a special offer, you can get 40 issues of Charisma magazine for only $40!
NEW from CHARISMA: Do you want to encounter the Holy Spirit and hear God speak to you? Increase your faith, discover freedom, and draw near to God! Click Here
Love For His People, Inc. founded in 2010 by Steve & Laurie Martin. Charlotte, NC USA